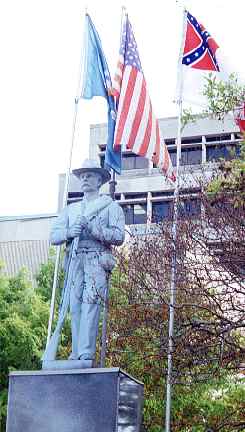 The Henry Watkins Allen Camp holds a monthly meeting at Drusilla Seafood in Baton Rouge, Louisiana.  The meeting is typically held the fourth Thursday of each month at 6:30 p.m.  (Dates and times subject to change, and meeting held differently in December and January) Food and drink purchases are optional, and are the sole responsibility of each person attending.

Aug 4 (Sat) 10am, 1862 Battle of B.R. Commemoration, Magnolia Cemetery Always the first Saturday of August, with official commemorative program @ 10 a.m. Confederate re-enactors needed. Re-enactor units will offer rifle salutes (Tenth Brigade, La. State Militia) and artillery salutes (Fifth Company, Washington Artillery). Address: 422 North 19th Street and is bordered on north by Main Street & on south by Florida Boulevard. West & east sides are bordered by 19th & 22nd Streets, respectively.] Cemetery was site of intense fighting during the Battle of Baton Rouge on August 5, 1862. NOTE: There should again this year be tables set up with displays and artifacts. These should be available for viewing from 9 a.m. until noon. [Parking is available across street at Sacred Heart Catholic Church lot, if needed.]

***Nov 4 (Sun) WBR Veterans on Parade ? Port Allen, 1:30pm, Jefferson Ave. If the Allen Camp receives an invitation (which we certainly expect), we will again sponsor a color guard/honor guard entry in this parade. [Invitation is usually received in mid-August.] It is a crowd favorite, firing throughout the parade route. Confederate cannon and artillery fire opens the parade. We are in need of Confederate & period re-enactors. Note: This is a Marching entry - we usually do not have a vehicle in the parade. Parade starts at 1:30, with line-up between 11:00 am and 12:30 at Port Allen's Rivault Park, at the foot of the I-10 Mississippi River Bridge (Horace Wilkinson Bridge). This is the same general area as prior years.  Come by to participate or to cheer us on. [Always the Sunday before Veterans Day.]  See WBE events at:  http://westbatonrouge.net/ main-events

Confederate infantry drove bayonets through columns that never before reeled to the shock of battle.