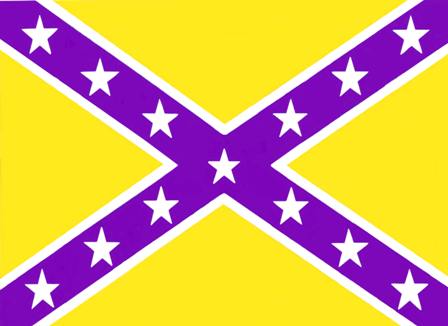 The LSU Confederate flag a.k.a the LSU Rebel Flag, the LSU Battle Flag,  or the Purple and Gold Battle Flag is a flag used by some sports fans at Louisiana State University.  The flag is basically a Confederate Naval Jack that is printed in LSU’s traditional purple and gold colors.  The original intent of the flag was to symbolize the true origin of LSU’s sports mascot, the Louisiana Fighting Tigers.

The Louisiana Fighting Tigers was the nickname of Wheat’s Battalion, a Confederate Zouave unit made up primarily of New Orleans dockworkers, who were said to have fought furiously at the Battle of Bull Run and throughout Virginia in the American Civil War.  LSU’s 1896 football team was nicknamed Tigers in honor of this Confederate Civil War unit, after the team went undefeated that year.  The school’s mascot eventually became the LSU Fighting Tigers, which then spread to all sports teams of the school.

The use of the Purple and Gold Rebel flag has been a tradition for years at LSU football games.  A young LSU student, who was proud of his Confederate heritage, decided around the time of the Civil War Centennial (somewhere around 1960-1965) to make up some battle flags in purple and gold and pass them out before some LSU games. It was done specifically to remind or teach people that LSU's Tiger moniker was based on the Confederate fighting unit and not an arbitrary zoo animal.

The flag came to the forefront during the 1971-1972 football seasons when LSU played the University of Wisconsin.  On Sept. 25, 1971, the LSU team traveled to Wisconsin, where they were treated very harshly.   As they made their way onto the field, the team had to wear its helmets going out  of the tunnel, as they were pelted with bottles and various trash by the Wisconsin Badger home "fans".   Some of the "bad" treatment of the team was supposedly due to LSU having no black players.*  Maybe Wisconsin fans would have treated LSU in this manner anyway, but there were signs in the crowd later shown on tv and newspapers referencing LSU's all white "racist" team.  Despite the hostile crowd, LSU beat Wisconsin 38-28. The next year, on Sept. 30, 1972, Wisconsin had to return the trip, and they came to Baton Rouge. When they did come to Tiger stadium, they were met by fans waving the LSU purple & gold  "Battle" flag.  LSU had it's first black player by then, and went on to defeat Wisconsin 27-7.

The LSU Battle Flag reached the height of its popularity in the late 1970s.  The flag was sold as an officially licensed product at LSU football souvenir stands until the late 1980s.  In 2005, controversy arose on LSU’s campus over some students conducting protest demonstrations against the use of the flag, and calling for it being banned on LSU’s campus.  These protests, followed by more in 2006, seemed to cause a resurgence in use of the flag that had been in decline since the early 1990s.  This resurgence in use seemed to be more of a protest or rebellion against political correctness as well as a renewing of an older LSU tradition.  In September 2006, LSU Chancellor Sean O’Keefe released a statement that LSU would not ban the use of the flag on LSU’s campus due to First Amendment freedom of speech issues.  The statement also made clear that the University discouraged the use of the symbol. 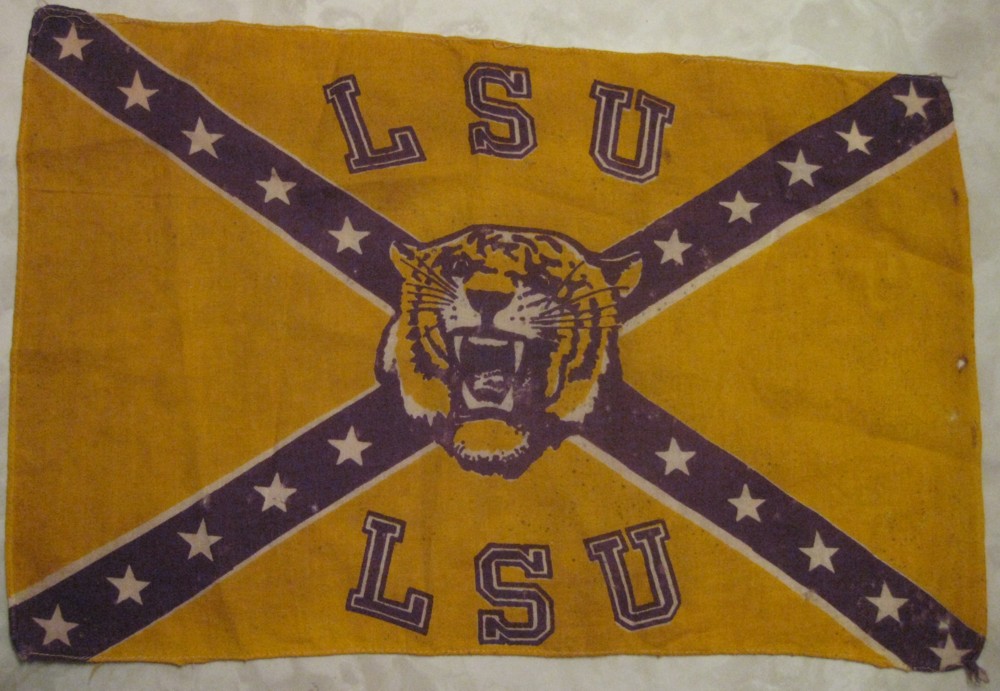 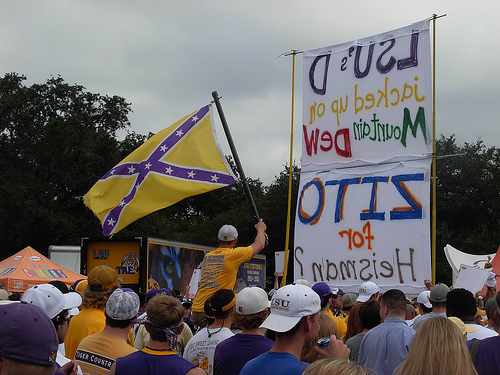 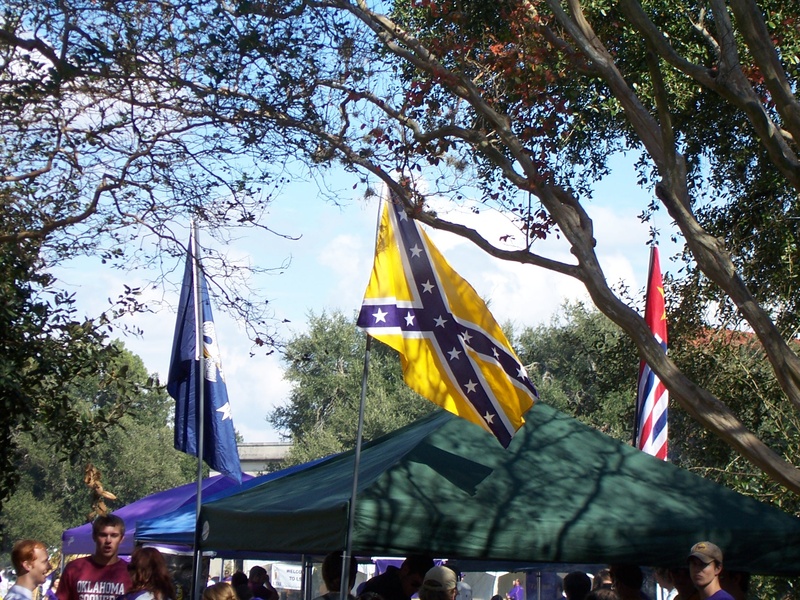 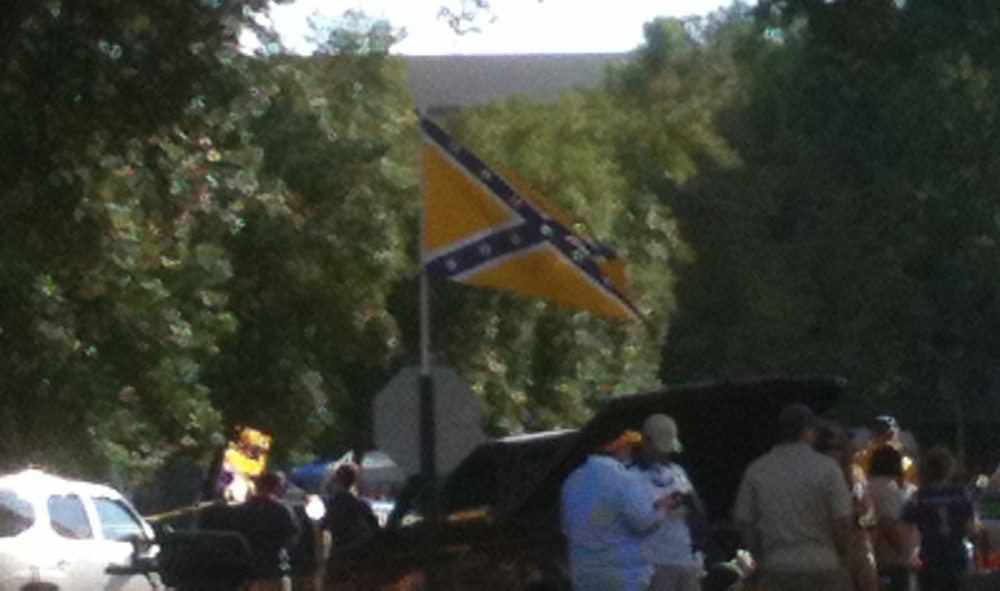 Other versions of the LSU Confederate flag: 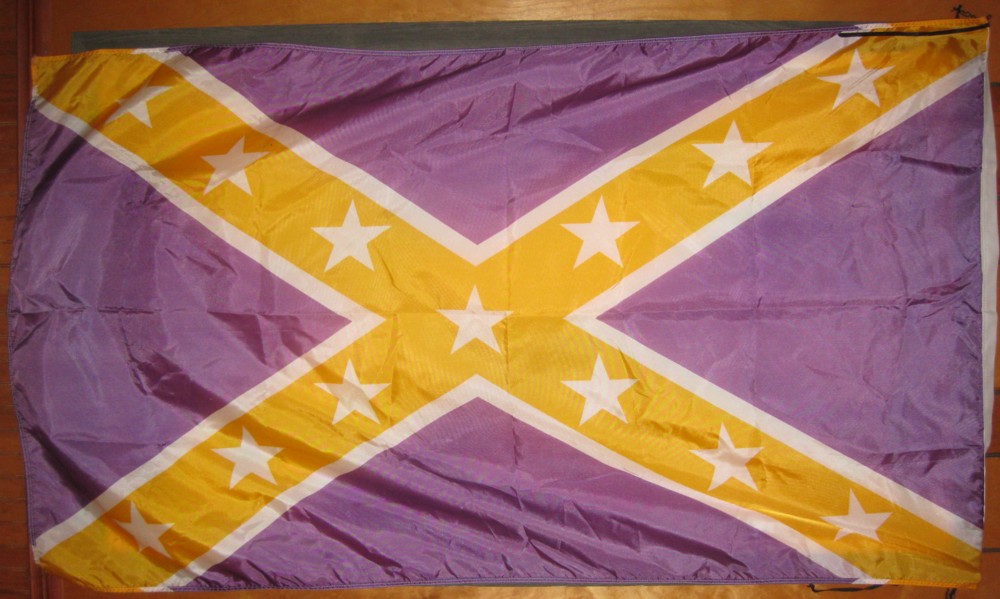 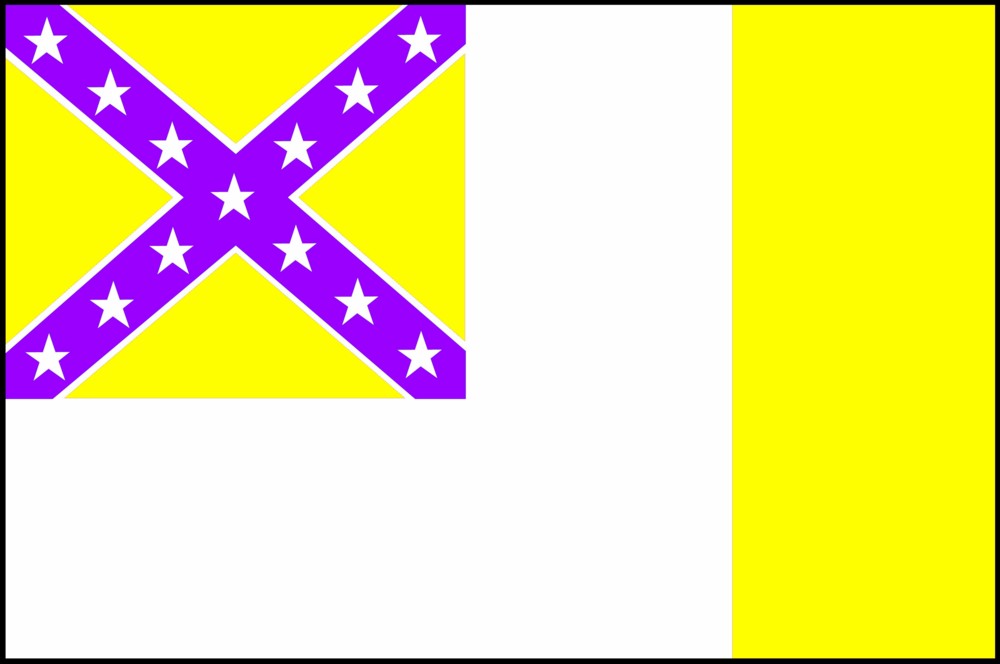 *In 1971, Lora Hinton,  became LSU's first black football scholarship recipient.  He did not play that year due to a knee injury.  It would not be until 1973 that he became the first black varsity letterman for LSU.  LSU's first black player came in 1972 when Mike Williams played cornerback.  LSU had attempted, unsuccessfully, to recruit a black player, Charles Battle, in 1970.